Published courtesy of Healthcare System Specialist, a publication of the Financial Times

In the U.S., social programs and health programs are particularly disconnected compared to other industrialized nations. That makes the job of health systems to bridge the gap to community-based resources a tough task, says Kelly Barnes, health industries leader with PwC. For many systems, the challenge is formidable. Some 78% of hospital executives reported that they lack the technology infrastructure to understand patients’ social needs, according to a PwC report that named social determinants as the second-biggest issue affecting healthcare in 2018.

Taking the long view may prove beneﬁcial to health systems seeking entrance to the world of social determinants. At Cook County Health and Hospital Systems in Illinois, which covers a network of roughly 335,000 Medicaid members, numerous programs seek to meet patients’ social needs. One of the most pressing topics in the larger Chicago area is the issue of violence. Recently, Cook County Health joined the Chicago HEAL initiative along with nine area hospitals to reduce violence and increase access to healthcare among vulnerable populations.

While the initiative may propel change by uniting forces, the work isn’t all that new at Cook County Health, says Doug Elwell, deputy CFO for ﬁnance and strategy. The health system has rolled out a unique program that follows up with people who are victims of violence to “try to defuse the concept of revenge,” Elwell says. The program, which involves a social worker team conducting outreach, is integrated directly into the health system’s trauma unit so that interventions can occur almost immediately. The social workers’ task is not simple, but it has made strides in reducing the cycle of violence that can feed on itself. In many ways, they “work with children to change how they view the world,” Elwell says.

Cook County also has launched food screenings at its health clinics to determine whether patients’ have access to fresh food. The health system also has launched a series of cooking classes to help patients integrate fresh foods and vegetables into their diets. For many such projects, the ﬁnancial gain may not be immediate. It may not even be in the near-term. “We won’t get a return the next quarter,” Elwell says. But health systems are placing bets that attention to longer-term outcomes can beneﬁt patient outcomes and suppress costs over time.

Food insecurity is a big topic on the radar at Dignity Health, as well, says Pablo Bravo, VP of community health with the San Francisco-based health system. Dignity takes an innovative approach to taking care of patients “outside of the hospital walls,” as Bravo puts it. For years, Dignity has run a community investment program that offers below-market loans to organizations that invest in meeting patients’ social determinants of health. Currently, Dignity Health has approved more than 70 community development loans totaling $97 million. The health system “invested in opening a supermarket to ward off food deserts,” Bravo says.

Dignity Health also provides $5 million annually in charitable grants to partner organizations. A signiﬁcant chunk of its funds, or about $2 million, went to projects that support homeless of housing-insecure populations in 2017. The investment has helped spur housing development for low-income populations, seniors and others in need, Bravo says. Currently, Dignity is working to create a technology tool that can integrate its own healthcare providers with community health services found at external sites. So far this year, the health system has allocated more than $800,000 to organizations that are working to build a network of community providers and similar initiatives.

Sometimes social determinants are easier to identify: A person’s age, for instance, may be a good indicator that a unique approach to healthcare is a good idea. In 2017, several health systems joined together in a collaborative called Age-Friendly Health Systems, an initiative supported by The John A. Hartford Foundation and the Institute for Healthcare Improvement. The aim of the initiative is to create a working framework by which hospitals better address the clinical and social needs of elderly patients, explains Terry Fulmer, Ph.D., president of the John A Hartford Foundation.

Among the ﬁve hospital systems that signed up for the project — Anne Arundel Medical Center, Ascension, Kaiser Permanente, Providence St. Joseph Health and Trinity Health — multiple programs are underway to improve how the health system approaches care for older adults. At Kaiser’s Woodland Hills, Calif. facility, patients are greeted with a “getting to know you” questionnaire, which helps identify patients’ social habits and activities, such as hobbies and favorite foods, so that providers can better tailor their interactions. Patients also are encouraged to bring items from home to personalize the hospital stay.

While the efforts move forward, some obstacles remain. For instance, health systems face a challenge when it comes to putting a score on certain social factors, says Douglas Fridsma, M.D., president and CEO of the American Medical Informatics Association. “How do you determine or grade someone’s loneliness?” Fridsma asks.

The role of the provider will remain paramount, even as technology brings additional opportunity, Fridsma says. “One of the things about social determinants of health that we can’t forget,” Fridsma says, “is that narrative becomes really important to this as well.” Basically, providers are in a key position to catch social factors and relay them in the narrative that can allow for interventions.

Fridsma says that those in the informatics ﬁeld must help to “accentuate” the data that health systems can increasingly capture. Some big health IT players, such as Apple, are taking that very leap. Recently, Apple adopted FHIR, or fast health interoperability resource, what Fridsma calls the “emerging standard as a means of exchanging health data.” As Apple develops medical record-sharing capability and consumer health apps, that could be a big deal in making the data actionable.

For a predictive analytics program to work, it comes down to more than the data. The health system must also expand the way it connects with the patient. “You need to have a multi-disciplinary team,” Parodi says. That may involve non-license personnel to provide follow up after risks are identiﬁed. Health systems must also link up with external institutions, such as health agencies and transport organizations, to bridge any gaps. “We’re not going to do this all by ourselves,” Parodi says.

The University of Maryland St. Joseph Medical Center found success in addressing patients’ social factors by teaming up with Maxim Healthcare Services, a stafﬁng and post-acute service agency in Columbia, Md. By having nurses visit patients at home, conduct an assessment and draw up a plan of care that wraps in social factors, the initiative cut down the rate of readmissions by 65% within the ﬁrst 16 months of the program.

“The key ﬁnding early on was that we needed to approach the patients’ social determinants of health,” says Andy Friedell, SVP of strategic solutions with Maxim. “Getting into the patient’s home is key to gather an extra level of depth and information.”

As data increasingly props up health systems’ ability to foster social wellness, the bedrock of patient care – the ability to improve health through intimate patient-to-clinician interactions – remains a critical part of addressing social determinants. When the elderly woman at Penn Medicine ﬁnished her lengthy cancer treatment regimen, she made sure to invite the community social worker to her bell-ringing ceremony, says Rosin, Penn’s innovation ofﬁcer. On more than one level, “this whole thing was so meaningful,” Rosin says. 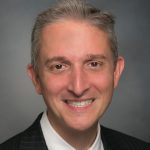