Those of you who follow the journey of accountable care probably heard that Atrius Health was one of two of the Centers for Medicare and Medicaid Services’ Pioneer Accountable Care Organizations (ACOs) for 2012 that would incur a shared loss.  In full, 14 ACOs showed a loss, but 12 did not share in the loss because of the financial models they chose. There were nine Pioneers who chose to move to the Medicare Shared Savings Program — a similar program with less risk and less potential upside — or to leave the program.

We are very pleased to be able to share that, upon recalculation of the numbers at the end of our 12-month performance year, Atrius Health does not have a shared loss in the first performance year of our Pioneer ACO model. The financial plan that that we selected with Centers for Medicare and Medicaid Services (CMS) for our first 12-month performance period ended on March 2013, and our final numbers show that our loss was 0.98 percent, not the previously reported 2.1 percent. This loss is small enough that it is considered within the statistical range of error. CMS publicly reported findings before our full performance year number had been finalized.

This news underscores what those of us working in this space already know: that we must give any accountable care venture time before trying to assess the overall effectiveness of the model.  Some of the articles that came out upon the release of CMS’s initial findings implied that the Pioneer ACO Model is not accomplishing its means. (Some of those same voices are the ones that have been continuously attacking the Affordable Care Act since the moment it was conceptualized.) But the reality is far more positive: in its first year, the Pioneer model produced a savings of nearly $33 million to the Medicare Trust Funds and demonstrated overall quality performance better than the national average for all 15 clinical quality measures for which comparable data are available. As strong supporters of the ACO model of care, it is important that the program in total be successful, so it is good news that the program was net positive in its first year.

I feel good about our performance in the Pioneer program this year. To understand the initial confusion on the findings, it might help to know something about the mechanics of our Pioneer ACO financial result. They are complicated because the mechanics are built on continuous improvement.

First, your progress is measured against a budget that starts with the actual experience of weighted total Medicare expenses for the prior three years for the patients for whom you provided much of the care during those years. The patients have been attributed to your ACO because your medical practices provided most of their primary care.

That is the easy part. Then the formula adds in growth based largely on a comparison to a national matched population to arrive at your budget. The final calculation of actual shared expense and loss includes factors that affect the amount of risk in your particular financial option, such as the percentage of sharing with Medicare, a risk cap, and a noise level above or below which nothing is shared. Because of the timing issues with CMS delivering data in the first quarter this past year, we were allowed a one-time option to shift our first year to the 12 months ending March 31, 2013, for settlement purposes. The calculation will become even more complicated starting next year when the 33 quality measures that attempt to capture patient experience, care coordination and patient safety, preventative health, and healthcare for the at-risk population (largely related to diabetes and CAD) are factored into the sharing percentage. For this first year, 100 percent quality was achieved by reporting on all of the measures, which sounds simple, but actually involved a tremendous amount of work to establish the right fields in our EPIC system for counting and a lot of manual chart review in some cases.

It is our opinion that even “losses” at this stage constitute an investment in the future. We believe we have to make these changes to meet the challenges ahead of us because we know that federal reimbursement will continue to fall in the future. Even tougher will be the relatively flat reimbursement from our commercial insurers. Our Board was very positive in its support on the front end. We prudently reserved in 2012 for a four million dollar “loss” because we knew that it would be hard to beat a budget of less than $900 a month for each Pioneer patient. We started the year constructing the programs that by mid-year were making measurable improvements. We are now running at rates that are impressive and that suggest that by next year there is the possibility that we will have improved care to the point that we are positive financially as well as in quality.

Not to negate our first year quality measure:  as reported to us by the CMS Innovation Center, the quality of our care was “spectacular.” As measured against the other Pioneers (whose combined performance far exceeds the national average), we had five metrics that were among the highest and 23 metrics that were greatly above the mean

In short, as I remind our staff and physicians, we are in a five-year process to improve care — not a one-year contest to see how much money we can make.  I hope that those of you participating in accountable care ventures pay attention to this message and work to stay the course.

We're not around right now. But you can send us an email and we'll get back to you, asap. 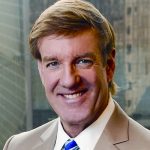 The Importance of Healthcare Hand-offsIntegrated/Coordinated Care

The Future Of Health Care: A Survival GuideIntegrated/Coordinated Care