Cancer Care in America: Much Progress – But Socioeconomic and Racial Gaps Persist

Healthcare providers in the United States have made great strides toward reducing the nation’s overall cancer mortality rate, but geography and other socioeconomic factors still play too strong a role in who survives the disease and who does not.

That’s the conclusion of “The State of Cancer Care in America,” a report jointly authored by the American Cancer Society and the Council of Accountable Physician Practices (CAPP), a coalition of visionary medical group and health system leaders.

Although the mortality rate for all cancer patients dropped 13 percent between 2004 and 2013, mortality rates among African-American women are nearly 20 percent higher than for white women, according to the Centers for Disease Control and Prevention (CDC). Some residents of western Mississippi are five times likelier to die of breast cancer than the national average. Latinos are also significantly less likely than whites to undergo mammograms, colonoscopies and other preventative screenings that can detect cancer early and make treatment more effective. A just-released CDC report concluded that the cancer mortality rate in rural parts of the U.S. is about 15 percent higher than in urban areas. That’s despite overall incidences of the disease being slightly lower in rural America.

“There are stunning socioeconomic and demographic disparities in survival, treatment, prevention and diagnosis,” said CAPP Executive Director Laura Fegraus. “But there are many viable solutions to address these gaps.”

Increasing access to prevention, early detection, and treatment, as well as improving coordination of the care patients receive is critical, according to Richard C. Wender, M.D., chief cancer control officer for the American Cancer Society.

“Care coordination should also begin with prevention,” Dr. Wender said. “Systems should help patients access the preventive services that are right for them. If a patient receives an abnormal screening, coordinated care should continue through the diagnostic process to resolution and, when needed, to ensure timely initiation of treatment.”

Aggressively focusing on prevention and closely coordinating systems of care have reaped some remarkable success stories.

“Joining Kaiser was the best decision of my life,” said Daria Pietrowski, a mechanical engineer who became a patient of Southern California Permanente Medical Group in her retirement. She underwent a successful surgery a month after a recurrence of melanoma was diagnosed through a routine screening prompted by Kaiser Permanente’s system of electronic medical records. She is currently cancer free.

“My doctors’ coordinating everything just made things easier for everyone,” said Jones, who often had multiple appointments scheduled on the same day to reduce her travel and stress. “They really made you feel like you mattered to them.”

“If we’re going to create a system that works for patients and ensures no one has to worry about slipping through the cracks, we must embrace the movement toward accountable care-type organizations, patient-centered medical homes, and other value-based payment and care delivery models where prevention and care coordination can result in lower healthcare expenditures and better health outcomes,” Dr. Wender said. (Read more of Dr. Wender’s comments here.)

The American Cancer Society and CAPP jointly presented their findings at “All Systems Go! Closing the Gaps in Cancer Care,” an event in the annual Better Together Health series that recently took place in Washington, D.C.

To obtain a copy of “The State of Cancer Care in America” and view patient stories, visit http://bettertogetherhealth.org/press-2017/. 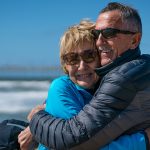 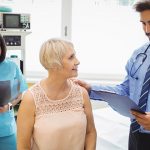